The Asteroids project was a final year group project in which we were tasked with making a version of the classic arcade game Asteroids for Android. While being a group project, I have decided to include relevant parts of the code which I was primary responsible for, which was focused on the user interface, represented in different views, and handling sound output. 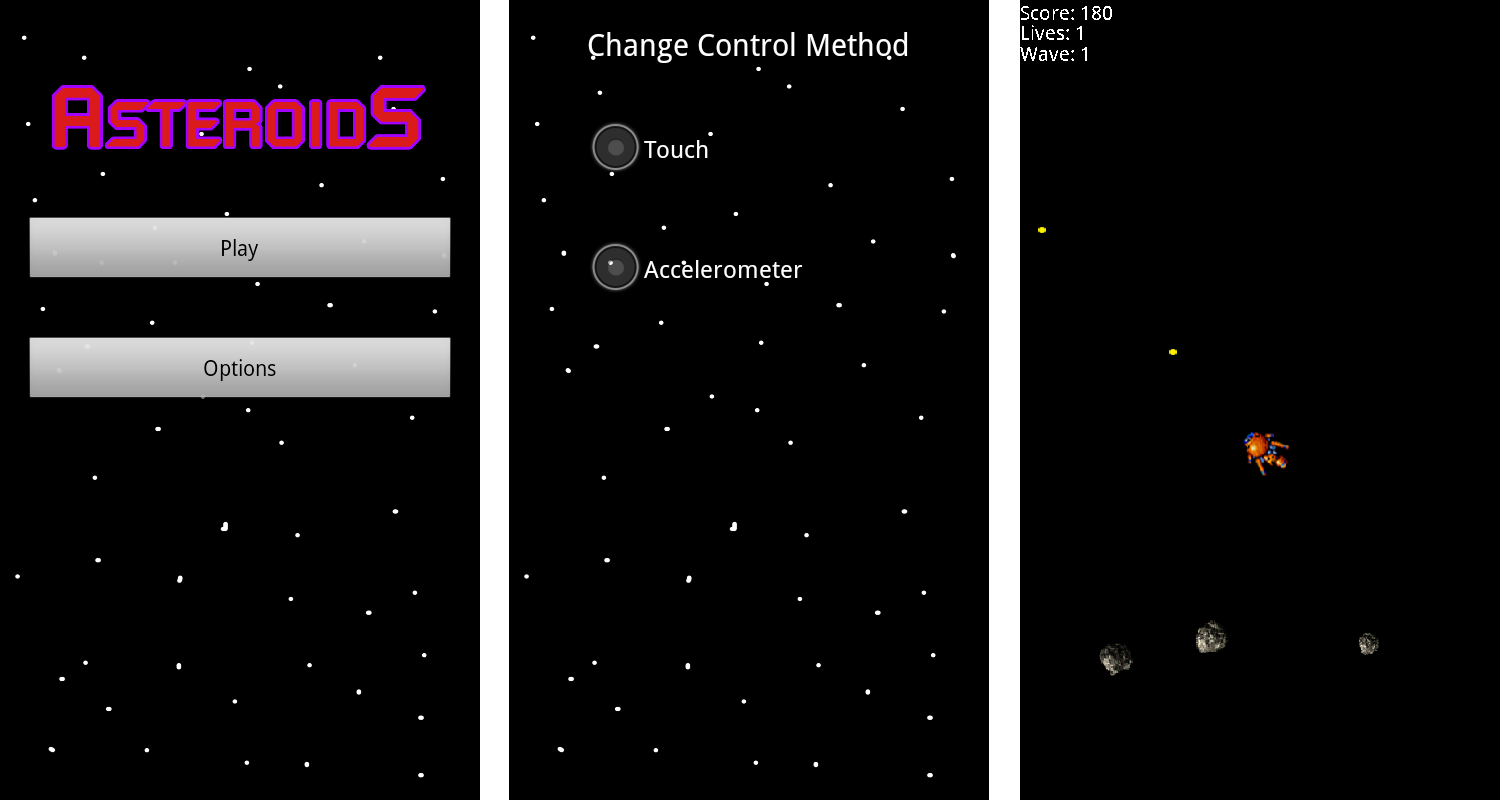